In this five part series we are exploring some common mishaps when working with C. elegans so you can avoid making the same mistakes! Especially since when testing a specific variable (compound, strain, etc.) we want to limit all other variables that may skew results or lead to inaccurate data. In this article we ask, what can I do if I accidentally left a plate of worms that is critical to my experiment uncovered on my bench and now there is a spot of contamination? 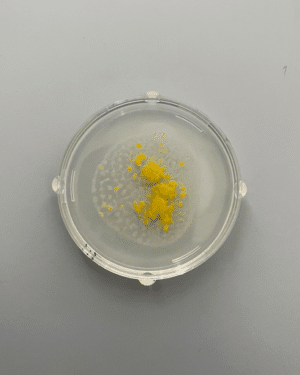 Wild-type C.elegans are soil dwelling bacterivores, and therefore are well adapted to feeding on and being exposed to various microbial species without harm6. In the lab, worms are most typically reared on bacterial monocultures of E.coli strains OP50 or HB101. Changing the food source or contaminating C. elegans cultures directly changes their transcriptional expression of stress response, metabolomic and lifespan associated genes4. There are also several species of bacteria and fungi, such as P. aeruginosa, that can cause stress responses and even direct killing of nematodes. Pathogenic microbes also cause changes in the frequency of how often the worms seek out or dwell on a food source which can lead to multiple confounding stressors (besides bacterial infection) such as starvation and desiccation if they crawl away from the food source or up onto the sides of the petri dishes. Some common sources of contamination are: human or pet skin/hair/breath, leaving plates uncovered in open air, contaminated M9 or S-Media, open waste containers, crevasses of incubators, not flame sterilizing when chunking or picking, mixing HB101 and OP50 cultures, partially inactivated UV-i or PFA-i bacteria, shared bacterial cultures for seeding food lawns.

Contamination, however, is an inevitable part of working with any organism grown on nutrient rich agar (So you gotta know how to clean them up!). Once you first notice a contamination starting to grow, it is best to act fast before the plate (like the picture) is completely taken over. There are two main ways to remove microbial contaminants: physical passaging and bleaching. Passaging simply entails picking individual worms to clean unseeded agar plates. It is best to choose worms that are outside the food source and as far away from the contamination source as possible. Let the worms roam on unseeded plates for at least 10 minutes to give them time to empty their gut of any bacteria and then transfer one more time to seeded agar plates so that the worms do not starve out and can lay eggs. Full sterility is often not achieved in one passage, therefore this process is usually repeated 2-3 times until a generation with no contamination breaks through, or used in conjunction with Bleaching.

Bleaching your cultures requires that they be passaged until there are gravid adults, where they can  then be treated with an alkaline hypochlorite solution until adult bodies have been dissolved and just the eggs remain. These eggs are then washed of excess sodium hypochlorite and allowed to hatch overnight in sterile M9 until they have all been arrested at the L1 larval stage6. This method is also helpful because it simultaneously synchronizes, sterilizes and expands the strain you are culturing. 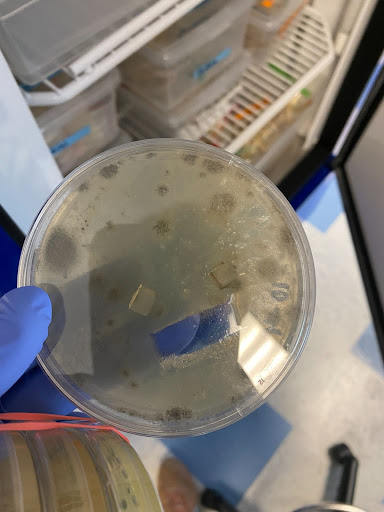 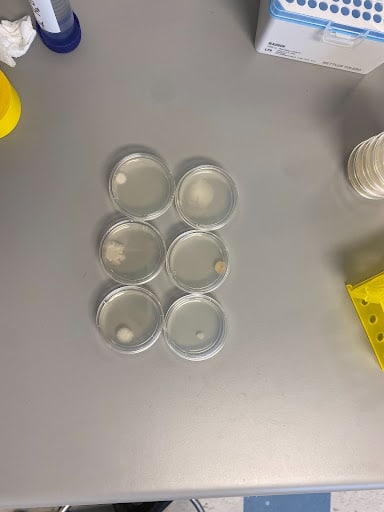