As we have covered in previous blogs, there has been a dramatic rise in research into the microbiome. Due to advancing technology, and marketplace demand for gut-health products, the microbiome research field has experienced new fervor and funding. More and more researchers are realizing how integral the microbiome is to overall human health - your microbiota interact with your brain and immune systems, and if your microbiota are out of balance (known as dysbiosis) you are at greater risk for diseases such as irritable bowel disease (IBD), diabetes, neurological disorders and metabolic disorders. But what determines your microbiome composition? In this article we will discuss recent research into how one’s childhood environment affects their microbiome development.

While there is long-standing debate over whether or not to homeschool children (especially for kindergarten), recently researchers approached the question from the standpoint of how it affects microbial development. Amir et al. (2022) characterized the microbial composition of 61 children from four different daycare facilities and 24 children who were homeschooled, over the course of a year.

They found that children’s daycare attendance was a significant factor on their microbial composition - children who went to daycare had a distinct gut microbial composition as compared to the homeschooled children, with a level of diversity commonly associated with an older population. Furthermore, the daycare children’s microbiome composition differed between the daycare facilities, becoming increasingly similar to their specific classmates’ [Figure 1]. 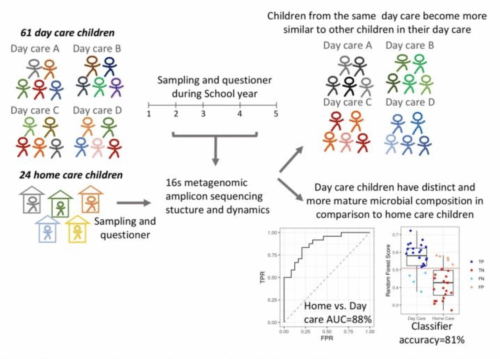 Figure 1. Graphical representation of Amir et al.,’s study which found that 2-3 year olds experienced shifts in their microbial diversity based on their day care facility: with each child becoming distinct and more similar to his classmates. And, children who went to daycare had a distinct and more mature microbial composition than children that stayed home (Amir et al., 2022).

Often, when researching children’s microbial development, how they are born, and what they eat (formula vs. breast milk) is a large point of discussion. Notably, this study focused on a slightly older population (2-3 years), and what Amir and colleagues found was that there was very little impact of breast-feeding vs. not, and vaginal vs. c-section delivery on the children’s microbiome community during this period of their life. This differs from previous studies on younger children (first year of life), but is encouraging for parents and clinicians who worry about the long-term effects of these factors.

Amir and colleagues also pointed out how impactful these findings could be on childhood development overall as early childhood is a pivotal time for the immune system.

It is possible that growing up in a more diverse microbial ecosystem during early childhood helps train the immune system not to overreact to triggers.”  - Amir et al (2022).

This being said, they also emphasized the need for more studies into early childhood and microbial development, raising the issue of controlling for antibiotics, and family dynamics when conducting a study like this.

Do you Live in a city?

If you grew up in a city, air pollution may have had a large impact on your microbiome. As Jerry Seinfield says in a 1989 episode of Seinfeld, “the thing about LA to me which kind of threw me is when they have the smog alerts out there and they actually recommend that people stay indoors during the smog alert. (...) I mean you realize it is now possible for parents to say to their children, ‘alright kids I want you in the house and get some fresh air. Summer vacation everybody indoors.’” While it’s a rather old Seinfield set, it is still extremely relevant — last month NPR published an article titled, ‘even many decades later, redlined areas see higher levels of air pollution’ (Wamsley, 2022) [Image 1]. 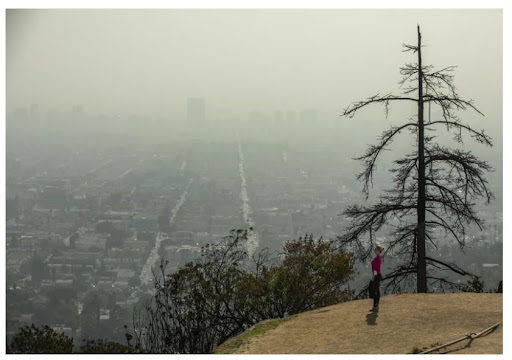 Image 1. Valentina Kostenko of Los Angeles looks at the smog from a trail below the Griffith Observatory (Mel Melcon / Los Angeles Times, 2021)

Asthma is the most common chronic condition affecting children worldwide, and is highly triggered by air pollution (WHO, 2022). Asthma is characterized as ‘inflammation and narrowing of the small airways in the lungs’, and has been associated with four major mechanisms: oxidative stress and damage, airway remodeling, inflammatory pathways and immunological responses, and enhanced sensitization to aeroallergens (WHO, 2022; Zheng et al., 2020). These mechanisms are also often associated with microbes, and led Zheng et al. to theorize that air pollution might trigger a immunological response in asthmatic children by altering their intestinal microbiome — causing an asthma attack.

It has been established that the composition of gut microbiota can become unbalanced, a state known as ‘gut dysbiosis’, and that this has large-reaching effects on overall health and disease (Carding et al., 2015) [Figure 2]. 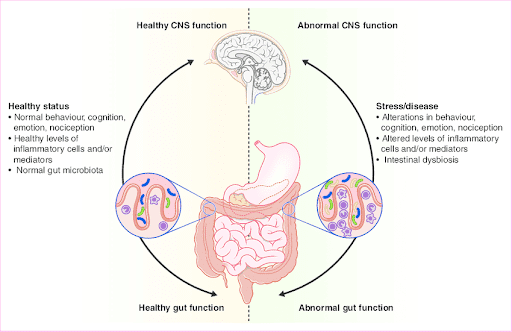 Zheng et al., looked at the potential impact of air pollution on intestinal microbiome and asthma attacks by comparing the composition of intestinal microbiome in 11 asthmatic children and 10 healthy children before, after, and during, smog days. All children had decreased Bifidobacteriaceae, Erysipelotrichaceae, and Clostridium sensu stricto 1, and the asthatmic children in particular had increased Streptococcaceae, Porphyromonadaceae, Rikenellaceae, Bacteroidales S24-7 group, and Bacteroides. These results indicate that a short wave of air pollution will impact children’s intestinal microbe composition - whether or not they suffer from asthma [Figure 3]. 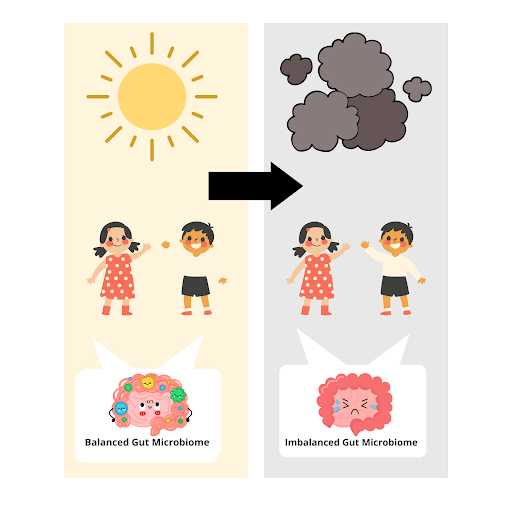 This was a small, initial study, but could have implications on how asthma is treated in the future, and also, provide better insight into the potential effects of pollution and asthma on children’s development overall.

Childhood, particularly ages 0-3, is known to be an extremely important time for development, helping to shape you both personally and physically. As more research is conducted on the cross-systems impact of the microbiome, we will be able to create better therapeutics and health care measures to ensure children have a more optimal microbial development. Which, in turn, could decrease the amount of chronic conditions they develop later in life.

To read more about the microbiome and the models being used to research it, check out our whitepaper.