For the purpose of this article the terms ‘women’ and ‘female’ refers to people who were assigned female sex at birth and similarly for ‘men’ and ‘males’.

Pharmaceutical drugs go through a rigorous process that tests their safety and efficacy before gaining FDA approval and being put on the commercial market. Traditionally, preclinical trials utilize mammalian models before clinical trials are performed (mammals are considered the gold standard of trials). But are these trials serving everyone? This article will discuss the pervasive inequality between the male and female sexes in drug development and what can be done about it.

Adverse drug reactions (ADRs) are defined as “unintended, harmful effects that are caused by the use of medicines” (Coleman & Pontefract, 2016). ADRs are estimated to cause between 10-30% of all hospital admissions in older patients – and they occur twice as often in women [Figure 1] (Parameswaran Nair et al., 2016; Zucker & Prendergast, 2020). These numbers even hold true when body mass (weight) of males versus females is taken into account. 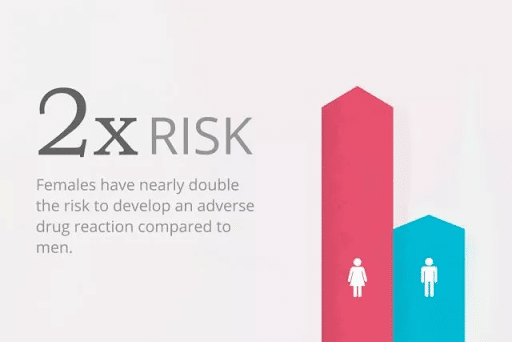 Figure 1. According to the FDA’s Office of Women’s Health, females have nearly double the risk of developing an adverse drug reaction compared to men (Llamas, 2015 updated 2021).

Unfortunately, and perhaps startling to the general population, this is not a surprising statistic for experts in the industry. As Dr. Natalie DiPietro Mager, a professor of pharmacy practice at Ohio Northern University, explained, it can be more difficult and more costly to include women in clinical trials.

Notably, this unequal representation in clinical trials is not just due to personal gender biases, but was federally implemented: in 1977 the FDA explicitly recommended excluding women “with childbearing potential” from participating in Phase 1 and early Phase 2 clinical studies (FDA, 2018). Childbearing potential was further defined as “any premenopausal female capable of becoming pregnant.” This policy was not reversed until 1993 with the publication of the ‘Guideline for the Study and Evaluation of Gender Differences in the Clinical Evaluation of Drugs.’

Although the FDA has now acknowledged the importance of including women in clinical trials, and there are both NIH and EU regulations dictating equal representation in trials, there are loopholes in these regulations and ways of reporting data which complies with new laws without actually solving the issue. For instance, generic drugs are still mainly tested on men (whose findings are then extrapolated to women), and while women make up around 47% of clinical trial participants overall, they are only 22% of Phase I participants (Ibarra, Vázquez & Fagiolino, 2016; Labots et al., 2018).

Dr. Ann Dorothea Wagner, an oncologist at Lausanne University Hospital in Switzerland who began studying sex diversity after noticing differences in her chemotherapy patients, has explained why greater inclusion of female representation in early phases of drug trials is particularly important: “Women have about 15% more body fat for a person of equal weight and height [due to hormones], which has an impact on drug metabolism [and] there are differences in gene expression patterns in [diseases such as] cancers arising in men and women,” and Phase I trials are where dosing and drug interactions/timing are tested (Brazil, 2020). Drug metabolism is also impacted by the different concentrations of digestive enzymes that men and women have in the mouth, stomach, and liver, and by the slower filtration rate of womens’ kidneys compared to mens’ (Fenton et al., 2018; Pratt, 2020). Furthermore, women also experience interactions between drugs and menstruation, pregnancy, menopause, and oral contraceptives. Thus, it is essential for women to be tested equally in all phases of clinical trials.

This being said, there are vocal critics of this approach who point out that the money spent on including women could be utilized to “dive deeper into the scientific mechanisms in males,” and argue that the difficulty and drain-on-resources in female-included trials is illustrated by the lack of success for women’s health therapeutics [Figure 2] (Nicodemo, 2021; Kola & Landis, 2004). Lastly, critics claim that the longer life expectancy of women (80.5 years in 2020 compared to mens’ average lifespan of 75.1 years) is evidence that women are “currently well-cared for” (Schiebinger, 2003; Arias et al., 2021).

Figure 2. The overall clinical success rate is 11%. However, if the analysis is carried out by therapeutic areas, big differences emerge. The data are from the ten biggest drug companies during 1991-2000. (The companies are AstraZeneca, Bristol-Myers Squibb, Eli Lilly, F. Hoffman-LaRoche, GlaxoWellcome, Johnson & Johnson, Novartis, Pfizer, Pharmacia, Schering-Plough and SmithKline Beecham; data were obtained by Datamonitor in the Pharmaceutical Benchmarking Study). CNS, central nervous system (Kola & Landis, 2004)

Even before clinical (human) trials, the gender discrepancy needs to be addressed in the preclinical trials and drug developmental phases. A 2015 Opinion piece in The New York Times was titled ‘Why Science Needs Female Mice’ (The Editorial Board, 2015).  The New York Times discusses a 2010 publication which found that there was a male bias in most research disciplines: male animals outnumbered females 5.5 to 1 in neuroscience, 5 to 1 in pharmacology, and 3.7 to 1 in physiology. Additionally, diagnoses for anxiety and depression are more than twice as common in women than in men, but fewer than 45% of animal studies into these disorders apparently used females; and, while some thyroid diseases are seven to ten times more common in women, only 52% of animal models used females (Zucker & Beery, 2010). And yet – little has changed. A decade later, Dr. Hughes published a paper called ‘Sex Still Matters’ in which he reveals that a survey of biomedical research 2016-2017 showed similar gender divides ( 82% of rat and 75% of mouse studies only used males) (Hughes, 2019).

[the consensus is that] because one day the animals have high levels of estrogen and the next day they have low levels of estrogen, you couldn’t possibly understand anything about the brain or physiology or the effects of the drug in a drug trial – Dr. Rebecca Shansky

Some researchers are making an effort to even the playing field – utilizing female and male models, such as Dr. Adrianne Huxtable at the University of Oregon, who researches the effects of neonatal inflammation on adult respiratory control (Hocker et al., 2019). However, this is an expensive endeavor – datasets including both sexes of rodents often have to be reported separately (doubling the amount of animals needed), which raises lab expenses such as feed and caging, and logically there is more to take into account as the sexes must be housed separately (Borel, 2015).

This is a difficult problem to overcome – as studies have even shown sex-specific differences in non-mammalian models such as zebrafish (King, Gut & Zenker, 2020), but it is vital that we address this problem, and quickly. The exclusion of the female sex in drug development studies have real-world, and really severe, impacts. For instance, famously, the insomnia drug Ambien (zolpidem) was exclusively developed by testing males – and is metabolized by females at such a slower rate than men, such that the morning after taking a dose the drug would still be in their bloodstream, leaving them impaired for tasks such as driving. Indeed, the drug, known at the time ‘America’s most popular sleeping pill’ was linked to a significant increase in motor vehicle accidents in females (Booth et al., 2016). Over a decade after Ambien was placed on the market the FDA formally addressed the issue, when in 2013, it halved the recommended dose for women. Thus, Ambien is a prime example of why inclusion of females in all phases of clinical testing is necessary. It is also now known that acetaminophen, an ingredient in many pain relievers, is eliminated by the female body at approximately 60% the rate of elimination documented in men but this has yet to be addressed in dosing recommendations (Merkatz et al., 1993). 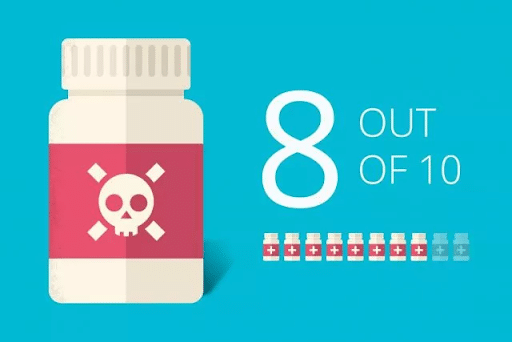 Obviously, clinical human trials will still need to be conducted; however, by utilizing a non-mammalian model first, pharmaceutical companies could reduce their initial drug development cost, money which could later be utilized to test equally on both sexes. 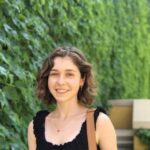 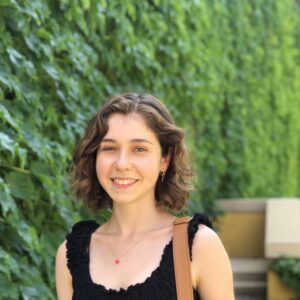