Dr. Marius Galyan is the founder and CEO of Galyan Bio, Inc., a research company on a mission to discover new therapies for neurodegenerative diseases, such as Alzheimer’s and Huntington's Disease. Dr. Galyan and his team had discovered a compound originally developed for Huntington’s that removes pathologic proteins in addition to activating novel neurons, giving it a neuroprotective effect.

One of the major contributing factors to how humans age is that, as we age, our ability to efficiently degrade pathological proteins decreases. Since the compound that Dr. Galyan had found seemed to remove the pathological proteins, he believed that the neuroprotective effect of this compound had intriguing implications on longevity, and required further study.

Dr. Galyan wanted to test this hypothesis, but he recognized that generating a realistic longevity model is very difficult, and that traditional models such as mice are both expensive and time intensive. After doing his research into alternate animal models, he landed on C. elegans as a cost-effective and fast way to test his compound. While C. elegans seemed like the perfect model to test his hypothesis, for someone who has never used the model before it can be very challenging to run lifespan assays. Dr. Galyan chose to leverage the InVivo Biosystems Longevity Platform to assess a single select compound for possible effects upon C. elegans’ longevity and healthspan and now has the data he needs to continue confidently with his research. 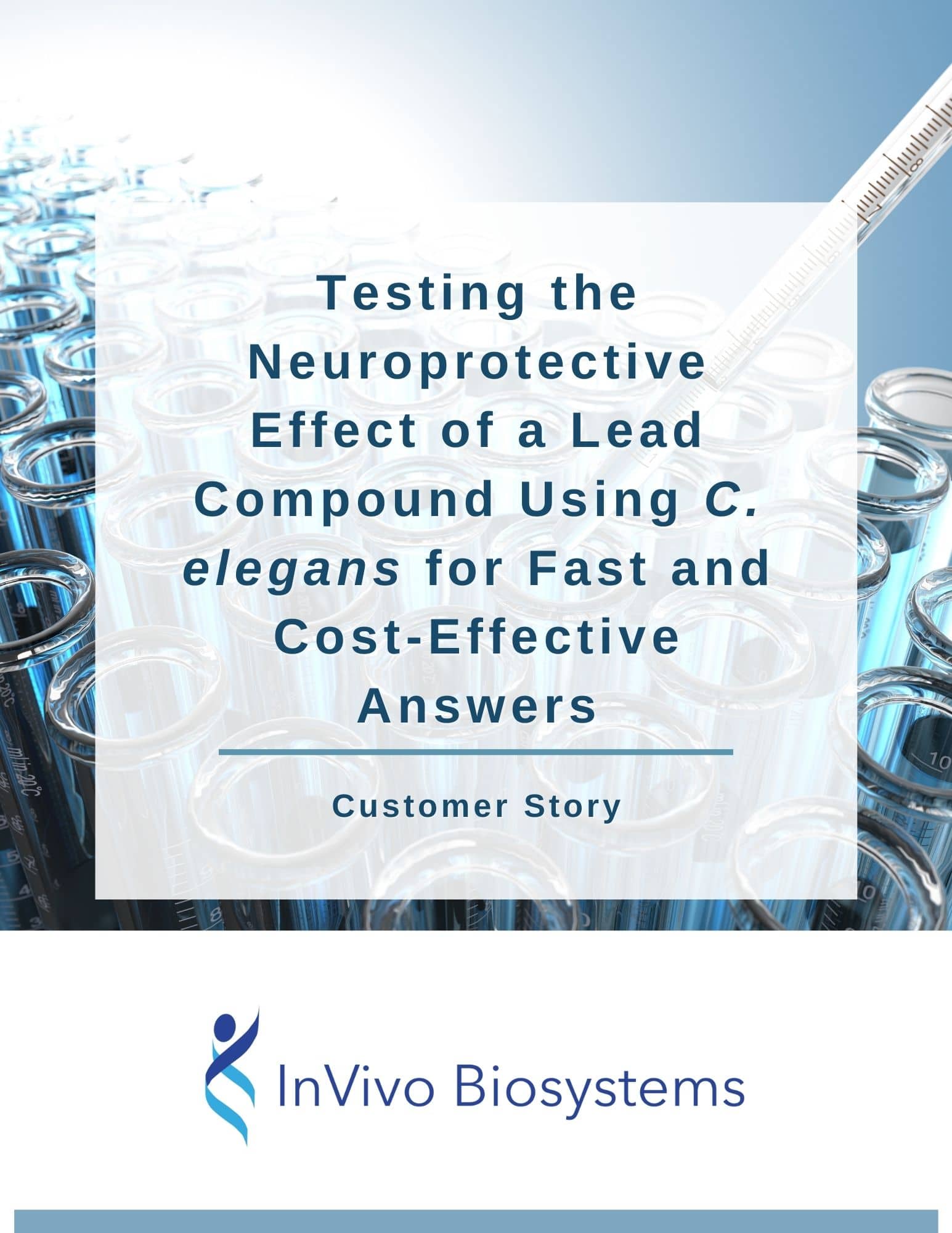 Download our customer story to learn more about Dr. Galyan's research, why he chose to leverage the InVivo Biosystems' Longevity Platform, and the benefits of using our platform for his research.