There is a significant pressure to increase diagnostic yield and it has its consequences. BRCA testing is probably the most developed ecosystem for genetic tests but controversy remains about what medical procedures are best recommended for the patient. High profile cases such as Angelina Jolie’s decision to undergo a bilateral mastectomy and the implication of a “Positive” Turner Syndrome test have helped bring the controversies to more widespread attention. 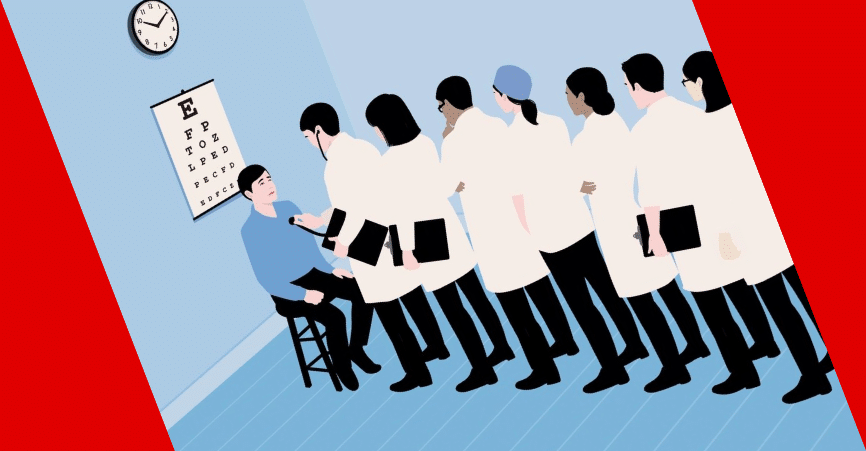 The heart of the controversy is how often is a correct diagnosis leading to a form of unnecessary care that is crowding out necessary care, or worse. In the New Yorker article by physician and Surgeon Atul Gawande, Overkill – An avalanche of unnecessary medical care is harming patients physically and financially. What can we do about it?, Gawande explores this issue. In his article, Gawande examines the problem of unproductive or unnecessary procedures. In regards to genetic testing, we need to be mindful of all the downstream repercussions of a positive (or negative) test result.

The decision to have a mastectomy is a very challenging and personal one to make. The involvement of BRCA1 and BRCA2 in breast cancer is clear, yet what to do about it is still controversial (Domchek 2018). From 2006 to 2014, a retrospective study was conducted and identified 780 women at 11 cancer centers who underwent BRCA testing after breast cancer was detected (Rosenberg 2016). 86% of those testing positive elected to have the bilateral mastectomy procedure. But perhaps even more striking, 51% who tested negative also went on to have bilateral mastectomy.  This brings up the question, does the election to have full mastectomy by a large fraction of women testing either positive or negative for BRCA1 and BRCA2 pathogenic variants indicate this form of genetic testing has low value to treatment care?

In the general population, the risk of death from surgical procedures is small but real at about 0.01%. So it is prudent to keep that in mind before undergoing the knife, and you may want to look into if there are less invasive procedures available. A rather old study (Kurian 2014) suggests it has been known for a while that a double mastectomy is no better than the less invasive breast-conserving surgery with radiation for impact on patient mortality. In the study, the authors explain how “In a time of increasing concern about over-treatment, the risk-benefit ratio of bilateral mastectomy warrants careful consideration and raises the larger question of how physicians and society should respond to a patient’s preference for a morbid, costly intervention of dubious effectiveness” (Kurian 2014).

The Need of Piece of Mind

In light of the evidence, what are the psychological factors that drive the choice to have a bilateral mastectomy? For those testing positive as carriers of pathogenic BRCA mutations, the choice is backed up by evidence that the reoccurrence risk drops significantly. But for the noncarriers, it appears the impact of having a breast cancer diagnosis is a sufficient driver in their decision (Hamilton 2017). Within the physician-patient relationship there is a need to better communicate how to avoid unnecessary procedures and yet find ways to meet the psychological needs of the patient.

Although ClinVar is a useful resource for seeing data distributions and trends,  groups need to be cautious with the details. Julie Eggington from the Center for Genomic Interpretation states, “I would warn that rates derived from what is being reported in classification databases are likely very different than what is really going on in testing labs and academic labs. People rarely report boring stuff – I think calculated pathogenic rates derived from classification databases are too high in almost every context.”

Julie further postulates that the issue of false positives is larger than people realize. The implication is that about 30% of the variants in ClinVar designated as pathogenic may in fact not be pathogenic. Within a gene, some variants are being more over-interpreted than others.  Groups may be relaying data that is fraught with the inaccuracy of a high false positive rate.

Also unsettling is the Variants of Uncertain Significance (the “VUS” problem) are frequently not reported to the physician at time of genetic testing. Recent studies in hereditary cancer have found that 8.7% of VUS have been reclassified to Likely Pathogenic status while only 0.7% of pathogenic have been changed to non-pathogenic status (Mersch 2018). This reclassification leaves us with 21% Path, 21% benign and 58% VUS in hereditary cancer.  Keep in mind, the level of pathogenic variants may actually be much lower than what is reported in the database’s sources. This has been leading to a follow-on problem, as variants get reclassified, there is frequently a big disconnect in getting that information back out to the patient.

What are some of the things we can do as consumers of genetic testing to help solve this problem? A thorough consumer reports article makes 5 suggestions one should consider when getting a genetic test done and to contemplate what will be the procedure (surgery, drugs, or no-therapeutic-approach-is-known) if a pathogenic finding is a result.

We are embarking down the new frontier of precision medicine. Our genomes will hold a big key to better understanding our health and lifespan.  But, because one-gene / one-disease hypothesis is the exception and not the rule, we have a long way to go in getting predictive and actionable as we obtain more knowledge of the molecular pathogenicity of the variation in our genomes.  The journey to link genotype to phenotype will be long and arduous, and possibly quite epic in its implications to the health management approach we take as a species.