Home > Blog > The Evolution of Drug Resistance; an Issue of “When, not if”

The Evolution of Drug Resistance; an Issue of “When, not if”

Drug resistance in many pathogens — viruses, bacteria, protozoa, parasitic worms and more — presents a growing and potentially catastrophic challenge to human and animal health. Resistance is manifested by a decreased ability, or complete failure, of previously-effective drugs to successfully prevent or clear infections.

Veterinary medicine is also hindered by drug resistance, including to anthelmintic drugs for companion and agricultural animals. Examples include canine heartworm, Dirofilaria immitis, and Haemonchus contortus, a parasite of small ruminants such as sheep and goats. Anthelmintic resistance in H. contortus, first reported in 1964, continues to threaten agricultural animals in both affluent and poor countries3,4.

Natural selection is the engine of drug resistance; drug exposures act on the natural genetic variability in pathogen populations to select for resistance traits, which expand over time to the entire population. Overuse of drugs such as antibiotics, poor compliance with dosing schedules, and treatment with single drugs rather than drug combinations (e.g., during the early days of antiviral treatment for HIV) all accelerate the evolution of drug resistance.

A frequently-cited mantra for drug resistance is “It’s an issue of when, not if.”

Genetic changes observed in resistant pathogen populations is an area of intense research focus5. Identifying gene loci that differ in resistant versus susceptible populations can inform methods to reduce or reverse resistance and help guide development of new drugs or treatment regimens. One approach is to identify genetic changes in resistant populations collected in the field (e.g., in a hospital with a MRSA outbreak or, literally, in a field of cattle). For example, if a particular anthelmintic drug loses efficacy in a farmer’s herd of sheep, what are the genetic profiles of worms that now survive drug treatment, versus the drug-susceptible worms at a neighbor’s farm? Do the resistant worms all have the same resistance-promoting mutation(s), or are multiple mutations present? How do the resistance-promoting mutations seen in natural populations compare to those selected for by drug exposure in the lab? Do genetic changes that confer resistance come with an evolutionary cost that promotes recovery of drug sensitivity after drug treatment stops?

The widely-studied nematode, Caenorhabditis elegans, is a key player in this area. Although not parasitic, its rapid life cycle, easy rearing, and genetic accessibility provide some advantages over the complex and expensive life cycles of mammalian parasites. Forward genetic screens in C. elegans dating back decades6 have identified genes and mutations that confer resistance to a variety of anthelmintic drugs. Many of these strains are available at the Caenorhabditis Genetics Center. In addition to mutations in drug targets (e.g., ion channels, beta-tubulin), C. elegans research has demonstrated other mechanisms of resistance such as upregulation of ABC (ATP-binding cassette) transporters, which protect cells by extruding drugs or other undesirable molecules7. These same efflux pumps underlie the development of multidrug resistance during cancer chemotherapy8.

Thanks to evolutionary conservation, orthologs of genes involved in drug resistance in C. elegans are typically also present in parasitic nematodes, and can be investigated as candidate resistance genes. One can also replace C. elegans genes with parasite orthologs, using transgenic methods such as CRISPR/Cas9 editing9. Site-directed mutagenesis and structure-activity relationship (SAR) studies—using C. elegans and/or parasite genes expressed in C. elegans—can be combined to better understand drug resistance and to seek new therapies less prone to resistance.

The drug resistance problem is not going to go away. Experts predict ever-increasing frequency and intensity of resistance to existing and new therapeutics, and the frightening specter of pandemics caused by known or newly-emerging pathogens for which our drugs are ineffective. Drug resistance threatens the health and well-being of all of us, from a fatal heartworm infection in a beloved family pet; to the contagious XDR tuberculosis infection of your coughing seatmate during a long flight; to dangerous MRSA infections that threaten newborn babies or elderly relatives in hospitals; to that annoying winter cold that progresses to drug-resistant pneumonia and kills you.

Elucidating biological mechanisms of drug resistance and how to overcome them is an urgent issue of “now, not when.”

Janis Weeks is a Co-Founder and the Chief Global Health Officer at NemaMetrix. Her interest in parasitic nematodes was sparked by years of teaching neuroscience in Africa and seeing parasitic diseases firsthand. Also, the biology of parasitic life cycles is amazing. Janis is Professor Emerita of Biology at the University of Oregon and in her spare time plays in Zimbabwean marimba and mbira ensembles, and kayaks, bikes and hikes with her husband and dogs. 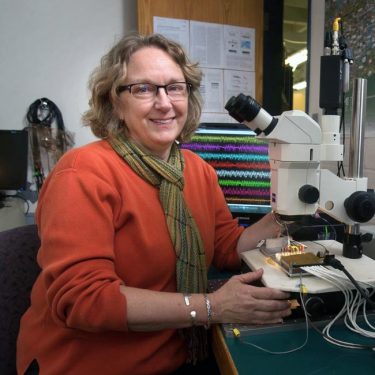 Janis Weeks is a Co-Founder and the Chief Global Health Officer at NemaMetrix. Her interest in parasitic nematodes was sparked by years of teaching neuroscience in Africa and seeing parasitic diseases firsthand. Also, the biology of parasitic life cycles is amazing. Janis is Professor Emerita of Biology at the University of Oregon and in her spare time plays in Zimbabwean marimba and mbira ensembles, and kayaks, bikes and hikes with her husband and dogs.
PrevPrevious post
Next postNext