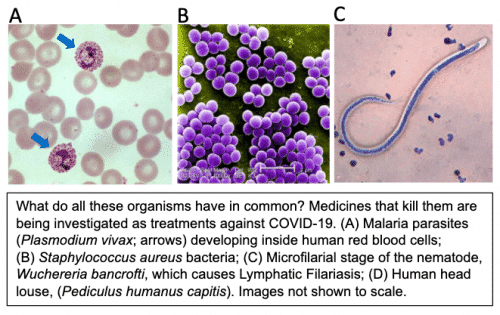 In the quest for effective treatments for COVID-19, the disease caused by coronavirus SARS-CoV-2, scientists and clinicians are testing a variety of old and new drugs. In a recent review, Scavone et al. (2020) divided these drugs into three classes: antiviral agents, immunomodulatory and anti-inflammatory agents, and “other therapies” with diverse actions. FDA-approved antiviral drugs that disrupt viral multiplication during HIV, influenza, herpes and hepatitis infections, as well as experimental antiviral drugs, are being tested in cell culture, animal models and/or COVID-19 patients. Immunomodulatory and anti-inflammatory drugs are likewise under intense investigation because patients’ extreme inflammatory responses during COVID-19 and some other viral infections can be as deadly as the virus itself. For example, during Ebola virus infection, pro-inflammatory factors released by immune cells can trigger a life-threatening “cytokine storm.” Similarly, the cytokine storm triggered by SARS-CoV-2 infection can produce acute respiratory distress syndrome (ARDS), organ failure and sepsis, any of which can prove fatal. Finally, therapies with disparate modes of action are under investigation, including cancer drugs, stem cells, and convalescent serum.

In exploring the pharmacopeia of potential COVID-19 drugs, some have received unusual media attention. For example, US President Donald Trump repeatedly touted the potential promise of the classic antimalarial drug, hydroxychloroquine. This leads to the main focus of this blog post: the investigation of drugs effective against non-viral pathogens as potential therapies against SARS-CoV-2. Another example of this phenomenon is the antibiotic, azithromycin, which has broad activity against several classes of bacteria but is now being tested in COVID-19 patients.

Why might drugs that kill malaria parasites or bacteria also kill coronaviruses? Evolutionarily, these pathogens could hardly be more different. Malaria parasites are single-celled eukaryotes in the taxonomic kingdom of Protozoa (also called Protista) while azithromycin kills single-celled prokaryotes in the kingdom of Bacteria. Both are vastly separated from viruses over evolutionary time. Emphasizing this distance, viruses are not even considered to be alive, and are excluded from the taxonomic scheme of living organisms. Nevertheless, viruses share some fundamental molecular functions with living organisms; e.g., all require enzymes for replicating, and transcribing mRNA, from their genomes. Drugs effective against dissimilar pathogens may target highly conserved functions such as genome replication, or have entirely different actions in each pathogen. Either way, drugs historically termed “anti-parasitic,” “antibiotic,” etc., are now earning the additional designation of “antiviral.” Returning to hydroxychloroquine and azithromycin, this story is still playing out; some researchers have reported promising results (Gautret et al., 2020) while others report that they provide no benefit, or even increase mortality, in COVID-19 patients (Magagnoli et al., 2020).

In this context, it is perhaps not surprising that a drug used against parasitic nematode worms—ivermectin—has now been tested against SARS-CoV-2 (Caly et al., 2020). The discoverers of the family of drugs that includes ivermectin, Dr. William Campbell and Dr. Satoshi Ōmura, were awarded the Nobel Prize in 2015 for this achievement. In humans, ivermectin (trade name Mectizan) is used to kill the parasitic nematodes that cause River Blindness and Lymphatic Filariasis, as well as a variety of intestinal worms that cause chronic morbidity in poor populations worldwide. Ivermectin has had an exemplary safety profile over decades of use in humans. In animals, ivermectin is used as a heartworm preventative in dogs and also to kill intestinal worms in agricultural animals. Interestingly, ivermectin also has acaricidal (anti-arachnid) activity against lice and mites. In all of these cases, the organisms killed by ivermectin belong to the kingdom Animalia, and are at least as evolutionarily distant from viruses as the protozoa and bacteria discussed above.

That ivermectin has activity against SARS-CoV-2 is not entirely unexpected, given that it also inhibits replication of Dengue, West Nile and influenza viruses, and HIV. Ivermectin is believed to act by impairing import of host and viral proteins into the nucleus of infected cells. Is this the same mechanism that kills nematode worms? Apparently not. In parasitic nematodes, the classic mechanism of action of ivermectin and related drugs is to open glutamate-gated chloride (Glu-Cl) channels in muscles, causing flaccid paralysis. Intestinal worms can then be expelled from the body. Ivermectin also decreases fecundity of parasitic worms. Intriguingly, however, additional mechanisms of action of ivermectin keep being discovered, including activating non-Glu-Cl channels, interacting with other molecular targets including RNA helicase, WNT-TCF, the farnesoid X receptor and tubulin, and modulating host-parasite immune interactions (Laing et al., 2017). In this context, inhibiting viral replication is simply another feather in ivermectin’s cap.

In summary, looking outside the box of conventional antiviral drugs has been a fruitful approach to seeking new therapies against SARS-CoV-2. In vitro or anecdotal patient reports of drug efficacy of course require well-controlled clinical testing before a drug can be added to the toolbox of therapeutic agents against COVID-19. Investigating drugs that target evolutionarily diverse pathogens such as bacteria, protozoa, arachnids and nematodes has been an innovative approach to the current pandemic. 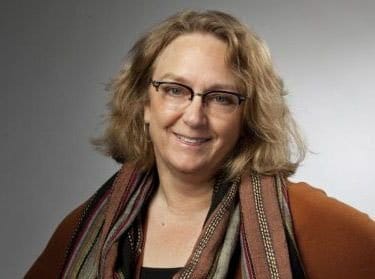