Mutations in the STXBP1 gene are implicated in childhood epilepsies and several neurodevelopmental disorders, however, nearly half of the STXBP1 variants recorded in the ClinVar database are Variants of Unknown Significance (VUS). In a recent publication, members of the InVivo Biosystems team discussed their work creating humanized C. elegans that expressed STXBP1 in order to classify variants as benign or pathogenic.

STXBP1 is a protein involved in synaptic vesicle trafficking. Pathogenic variants (mutations) in the STXBP1 gene cause a variety of disorders including: childhood epilepsy, Global Delay, Cognitive impairment (mild to profound), movement disorders, and Autism (STXBP1 Foundation, 2021). While there are symptoms (delays in developmental milestones and early onset seizures) which are suggestive of a STXBP1-related disorder, genetic testing is required to reach a diagnosis (CHOP, 2021). However, diagnosis of STXBP1, and other genetic disorders, can be impeded by Variants of Unknown Significance (VUS). These are variants (mutations) which have an unknown effect on disease, and thus, when they are found in patients present a conundrum. As of August 2020, 73% of missense variants in the genetic variant database ClinVar were VUS [Figure 1] (McCormick et al., 2021). 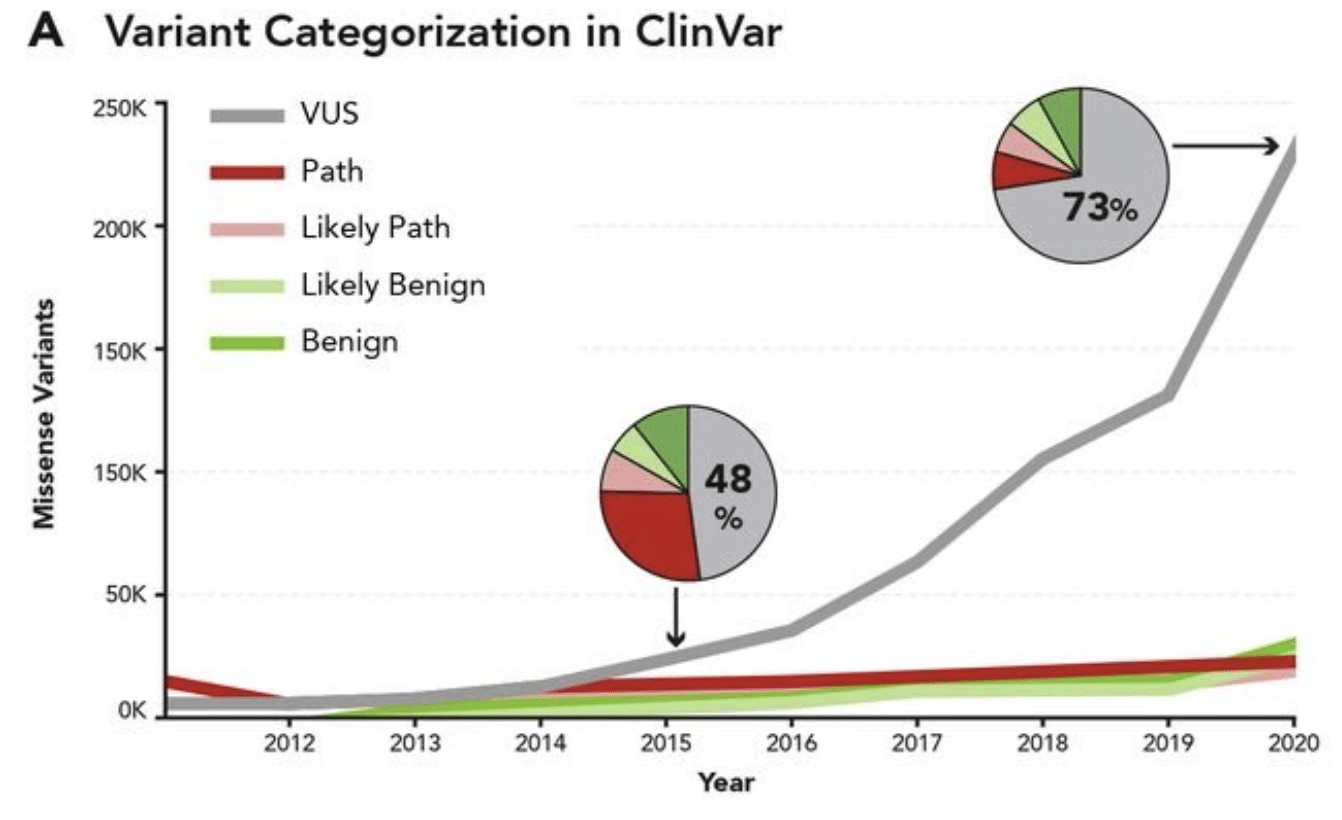 To address the need for better, faster, variant classification, members of the InVivo Biosystems team used CRISPR-based genome editing to create a fully humanized C. elegans model of STXBP1 dysfunction [Figure 2]. This model enabled the team to classify variants as benign or pathogenic, and demonstrated how advantageous C. elegans are as an alternative model organism to mice (the other most commonly used model for STXBP1-related research), as they provide an economical, rapid assay. 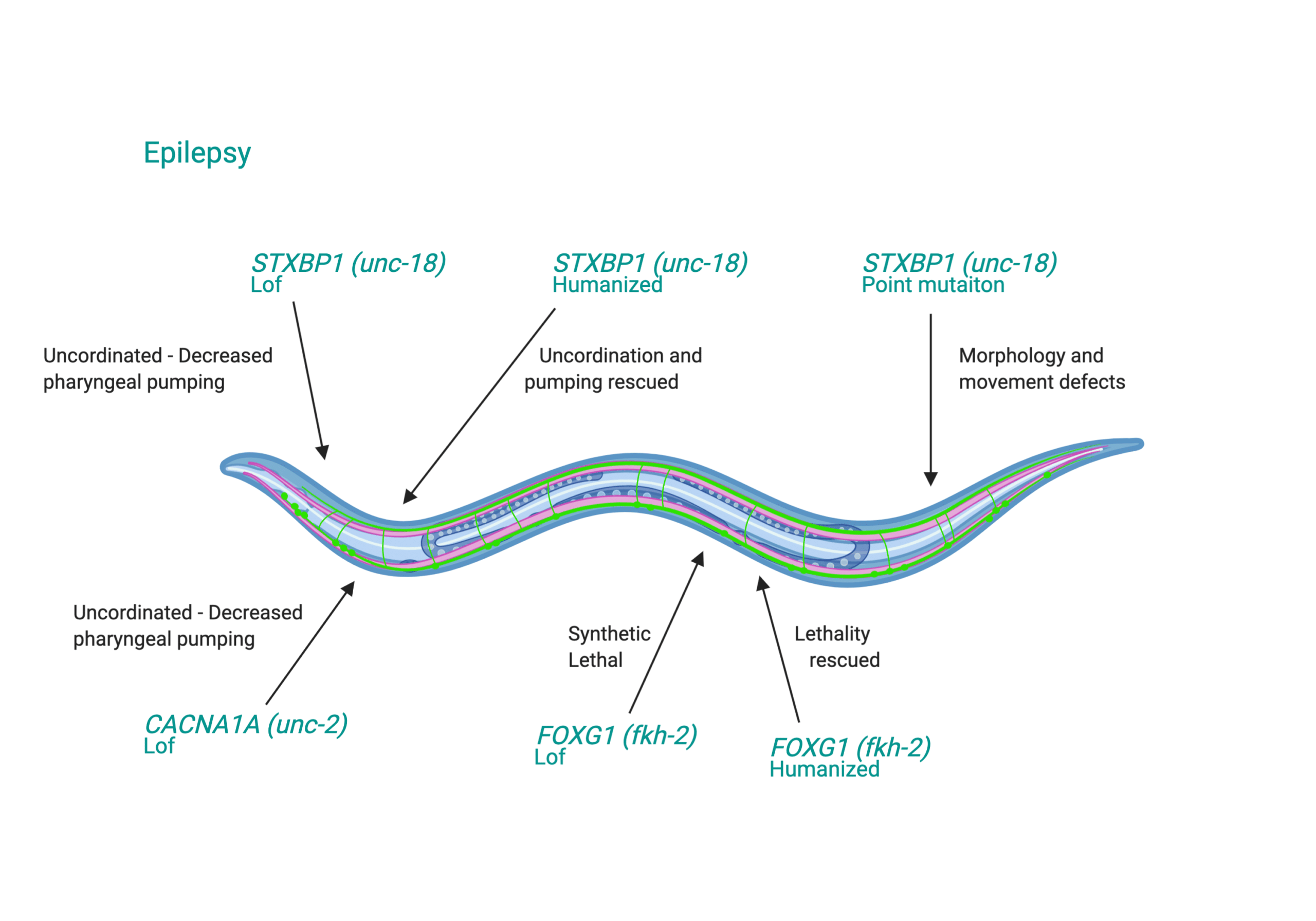 First, the C. elegans were fully humanized, this consists of replacing the worm’s entire coding sequence with the human sequence, resulting in a model (or ‘patient avatar’) which can act as a stand-in for a patient in testing. Second, variants (known benign and pathogenic, and VUS) were installed in the humanized C. elegans [Figure 2]. Third, the animals were left in petri dishes and their activity was video recorded to capture their behavior patterns. Fourth, the behavioural data from the known benign and pathogenic variant-expressing animals was used to train two machine learning algorithms to identify their correct classification. Lastly, the data from the VUS-expressing animals was given to the machine learning algorithms. The algorithms identified abnormal function in 9 missense variants – indicating that they are pathogenic.

Through work, such as the creation of STXBP1-humanized C. elegans outlined in this paper, In ViVo Biosystems is contributing to a community of researchers that are working to classify VUS. This work enables clinicians and patients to get answers, and for patients to receive treatment for their diseases. To learn more about VUS read our customer story about creating transgenic C. elegans for variants of LMNA and KLC4, and listen to our recent 17 Minutes of Science, where Dr. Oliver Blacque of University College Dublin discusses his work on ciliopathies.